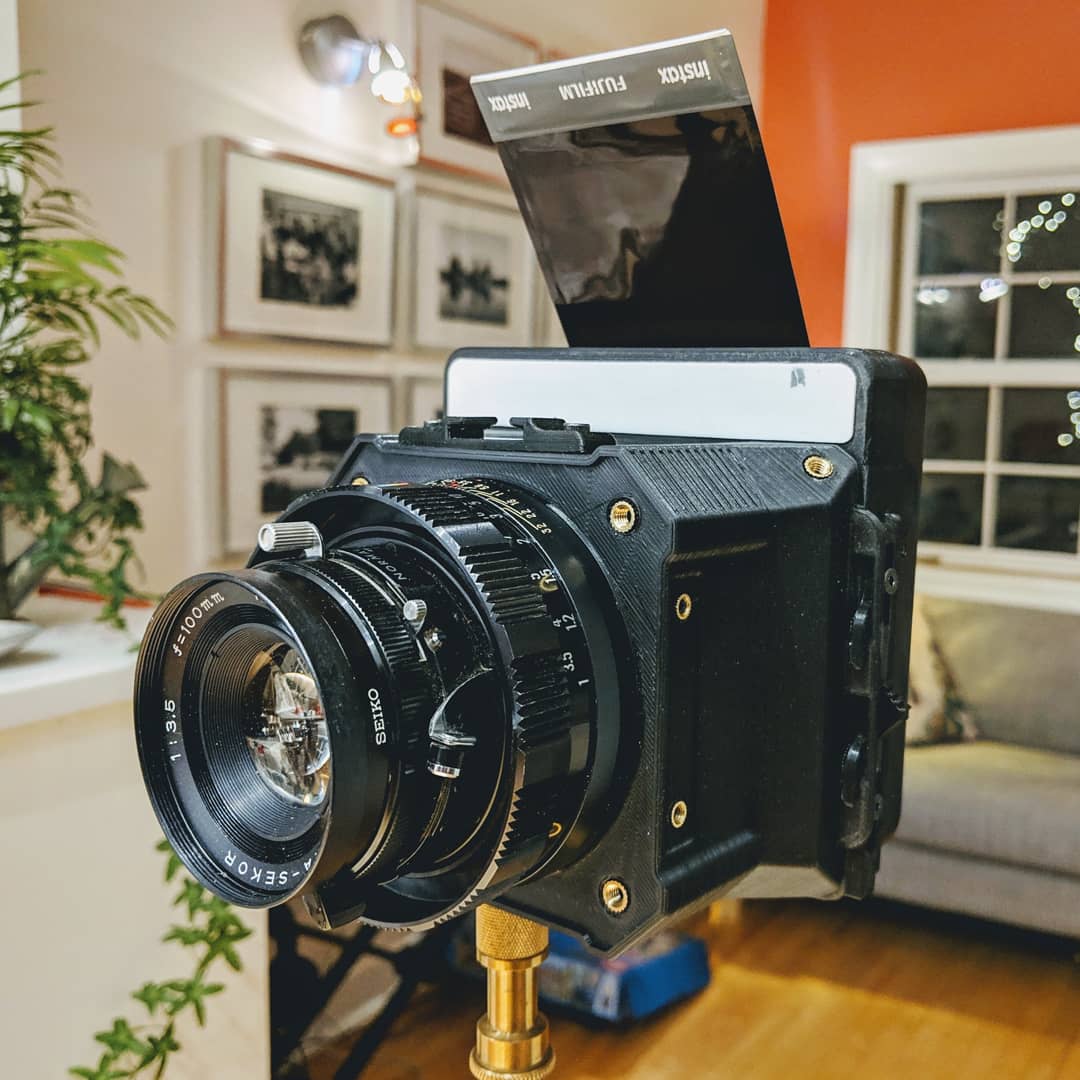 Photographers’ Stories 1. – The DIY-er who built an Instax back for the Goodman Zone

In our Photographers’ Stories series we are interviewing Goodman Camera builders and users about their experience. Regardless of their day jobs, these guys have a clear passion for film photography and each of these photographers has truly adapted the camera to their unique desires and created something unique with it. Our aim with this series is to showcase how versatile little boxes we designed, and hopefully we will have you convinced that there truly is a Goodman Camera for everyone. 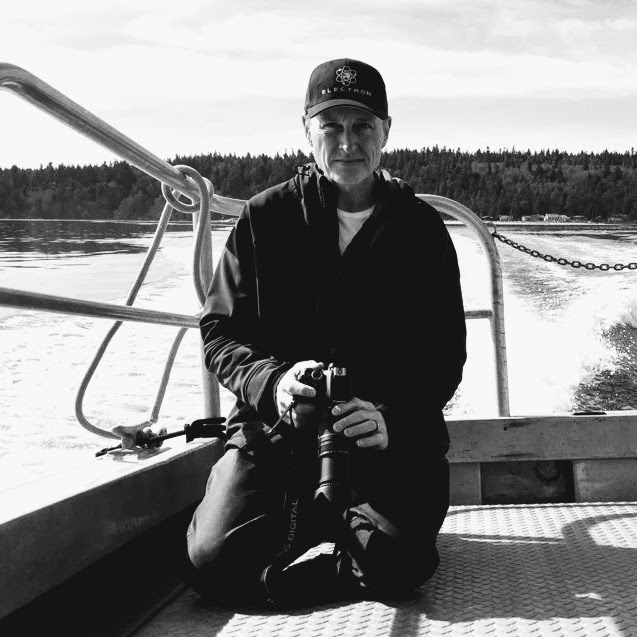 Tell me a little about yourself, how did you get started in photography, what drew you into the medium?

M.J.S.: I’m originally from Australia, but I live with my wife and son in Ottawa, Canada. II left my hometown of Brisbane in 1992 for what was supposed to be a gap year adventure, but never made it back. Consequently, I’ve lived and worked all over the world, including HK, Japan, and the UK. I’ve had an on and off relationship with photography over the years. My first proper job was with an aerial photography company in Brisbane, where my job was to do the first run of prints for just-developed films. I was into medium format film photography then, using borrowed Mamiya cameras, plus 35mm photos using  my own Nikon SLR. Later, I lost interest in the hobby for many years, which is a shame, because I went to so many different amazing places and I barely have any record of those visits. It wasn’t until about 6 years ago, during a family trip to B.C. that I rediscovered my love of photography.

Other than photography, do you have any other hobbies/passions?

M.J.S.: I’ve always liked tinkering with things, and when cheap 3D printers became available, I jumped right in. Like so many others, I found the relatively new accessibility of 3D printing quite exciting.  About the same time, I went back to school to do an honours degrees journalism at Carleton University, with I did a minor in industrial design. I was one of the first to do the minor, just to keep my toe in the water, so to speak, with the design world. I learned to merge the two disciplines by building my own 360-degree cameras and using them to create immersive and interactive stories for my journalism. One example is my coverage of the 150th anniversary of Canada celebrations using a 360 camera. During the shoot, I was only feet away from the Canadian PM, the Duke and Duchess of Cornwall and members from the Irish band, U2. I still can’t believe I was there. 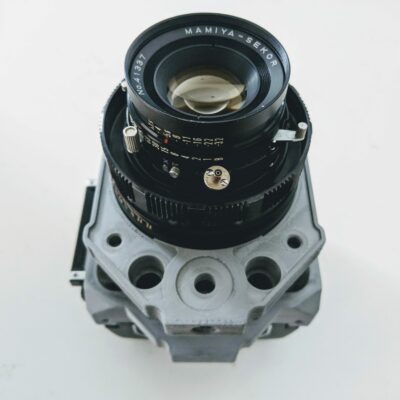 What inspired you to build the Goodman Zone?  What do you like most about the design?

M.J.S.: One of my favourite haunts in Ottawa is a café and bookstore called The Black Squirrel. The place (before the pandemic) is always full of really interesting creative types – writers, artists and photographers. An acquaintance there knew about my work with 3D-printed 360 camera rigs and suggested I try Dora’s new camera designs. After seeing the designs and reading a few stories on the Zone, I was immediately hooked and wanted to get printing it right away. Pretty soon, I had ordered a vintage Mamiya lens from Japan and printed the body with a new 3D printer that I’d bought especially for the project. It didn’t take long before I was back into film photography. With only a bit of tweaking and some collaboration with other community members I unexpectedly crisp shots, something that I thought was going to be very difficult given the tolerances afforded by FDM manufacturing. Indeed, some of the results were way beyond my expectations. It seemed only logical to take it all a step further and start giving the camera an instant film pack capability. 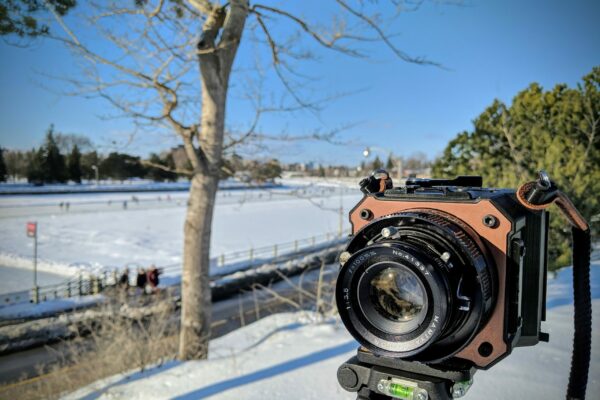 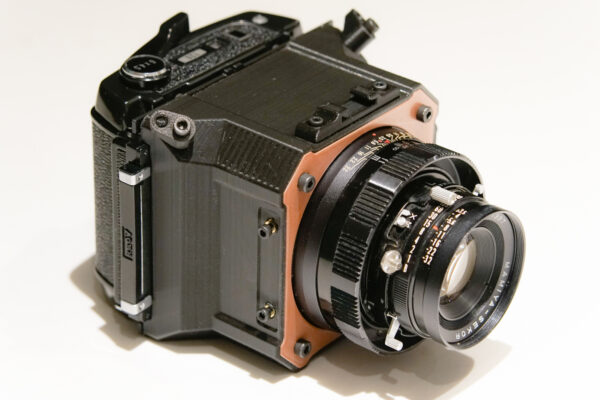 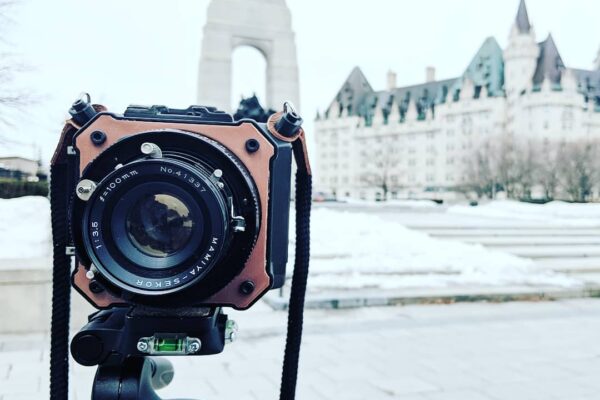 Let’s talk about the elephant in the room. You designed and built an Instax back for the Zone. Many people have done this for other camera systems by chopping up Instax cameras, but yours is built from the ground up… tell me a bit about the process. Honestly, how many packs of Instax did you burn through to get the film plane right?

M.J.S.: Back when I started designing and building an Instax back for the Zone, I cannibalized an Instax camera for the mechanism and some of the housing, which was more or less the same thing that others were doing. I did my best to work out the film plane distance and it didn’t take a lot to get it right, surprisingly. I think that was mostly down to luck. Light leaks were the  biggest issue but those weren’t difficult to overcome. What I wasn’t prepared for was the level of interest from the community when I began to share my results. I wasn’t ever completely satisfied with using parts borrowed from the Instax, so I started developing my own. This is the maker ethic, I guess.  I was well along with the initial design – the 3D-printed mechanism was happily moving an already developed film from pack to exit – but right around that time my day job became very busy and then the pandemic hit, which meant I had to shift all my focus to turning a hobby into a sustainable business (see Seigi Design) to make up for cancelled film and video shoots for local firms. That process is still underway and doing well so far. What I never got to test is if the roller pressure was enough to push the chemicals out of the pouch and distribute them evenly over the film. I was contemplating using some off-the-shelf metal tubing and some metal chassis parts to ensure it was not flexing too much and robust enough. One of the reasons that I 3D-printed and built my own CNC router, aside from the prototyping I required for my business, was to eventually use it to fabricate bespoke metal parts for the Instax back. 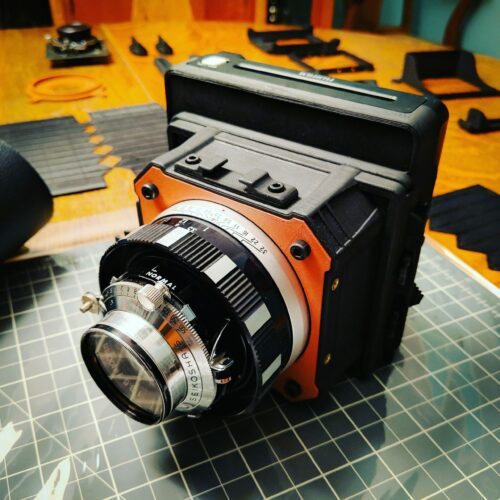 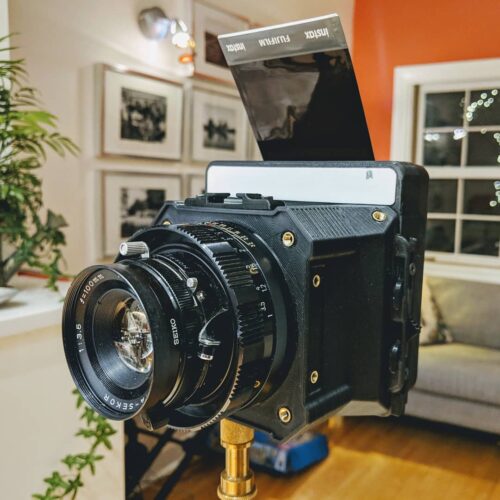 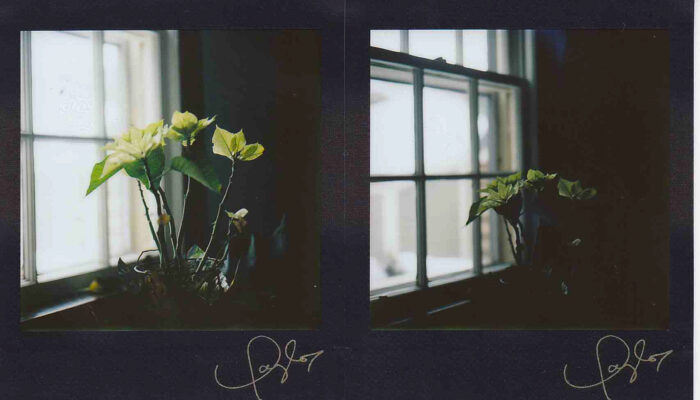 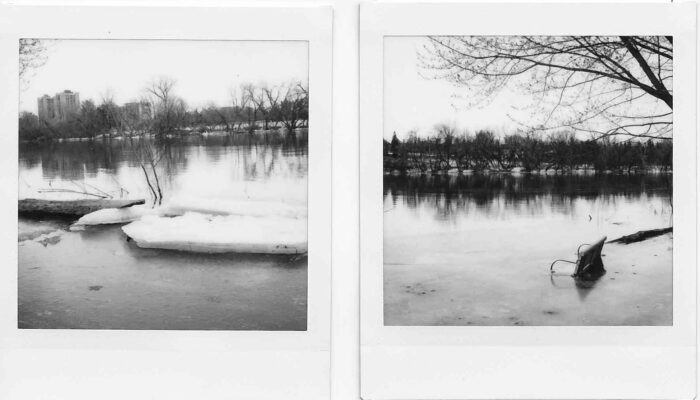 Any plans of offering this to the community, or is it more of a one-off?

M.J.S.: I definitely want to share it with the community. If the pandemic hadn’t thrown the proverbial spanner in the works, my hand-operated Instax back would’ve been ready by now. For the moment, it remains on hold, although I recently started printing out some modified parts so I can resume my work on it.

Anything thing else in the pipeline?

M.J.S.: I have other projects in the pipeline, such as a custom fork that will allow users of a certain Italian coffee grinder model to use a bigger basket. I seem to be eternally attracted to these niche things, but it makes me happy.

Just to get to know you a bit better, do you have any stories/anecdotes about yourself you’d like to add?

M.J.S.: There are so many, but there’s probably not enough space here to add even one of them. 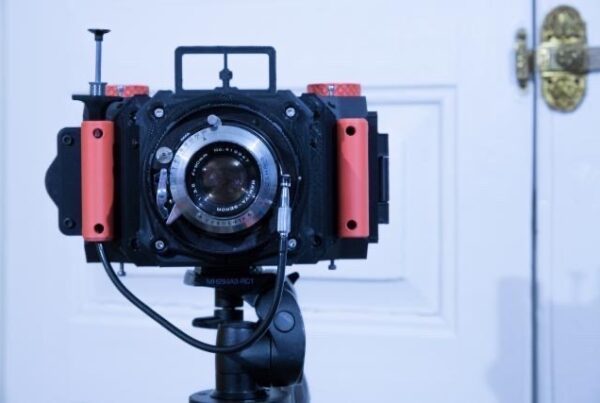 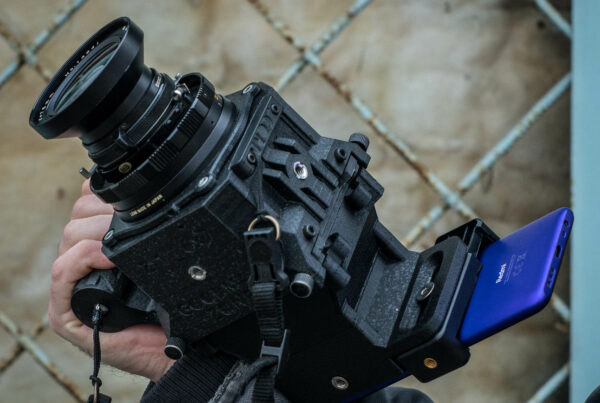 4 Tips and Tricks to Get You Creating With The New Smartphone Digital Back, the Cinezone Adapter 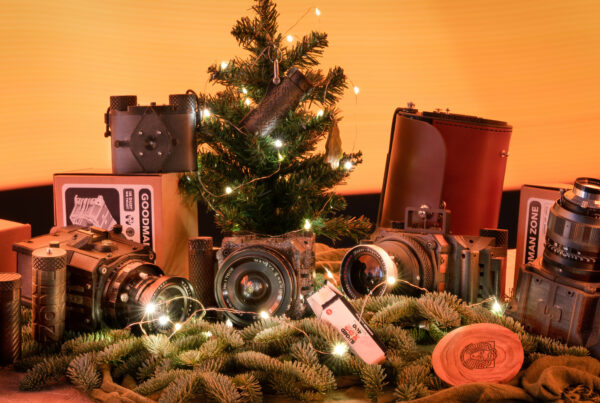 The Dora Goodman Holiday Gift-Giving Guide: 9 Gift Ideas for the Film Photographer in Your Life

© 2022 Dora Goodman in association with Umbrella.tv